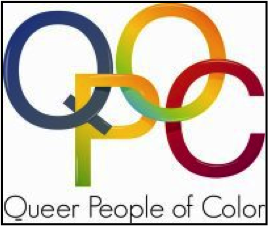 [Editor’s note: I’m personally a fan of Macklemore, and I don’t think Same Love should be totally discredited because at the end of the day the message of the song is positive and in support of gay rights. However, this article brings up some really important points about how Hip-Hop is portrayed as being overly homophobic, and Macklemore has been highlighted as a beacon of equality within the Hip-Hop genre simply because he is white. Macklemore is by no means doing something completely novel by showing his support for the LGBTQ community, but unfortunately he is getting all the credit even though many POCs in the Hip-Hop community (see Melange Lavonne, Busta Rhymes, Lil B, and Jay-Z) have been showing their support for the gay community for a long time.]

When our illustrious Bartender posted “The Bar Loves Homo Hop”, I knew I was going to have a lot to say on the matter as this is a subject that hits home with me on a multitude of levels. However it took me a few days to gather my thoughts. Which is why I was ever so gracious when our Bartender allowed me this opportunity to do a guest post.

One of the most infuriating things about being a queer black male is the fact you have to CONSTANTLY deal with the seemingly never-ending barrage of attacks and false accusations about how black people are more innately homophobic than any other group on the rest of the planet.
No matter how many times I state facts, news articles or just point simple common sense, I still get told that I don’t know what I’m talking about. These people are experts on a culture and a race that they are not affiliated with.
Shockingly 99 percent of the people who do this are white.
What’s even more shocking that while everyone has an opinion on blacks/LGBTQs/and homophobia, it’s rare that anyone ever asks queer blacks on our perspectives in existing in both minorities.
In fact, since coming out, I’ve only had maybe four whites comes to me in good faith and ASK whether or not homophobia in the black community being worse is true rather than WHITESPLAINING to me that it is.
Despite the garbage that gets heaped at us, queer blacks like myself, Monica Roberts, Jasmyne Cannick, Rod McCullom and many others are in the trenches fighting the good fight for LGBTQs, blacks, POCs, and other minorities. We’re rarely acknowledged, if ever.
In fact many can’t wrap their heads around the fact that LGBTQ and POC are not mutually exclusive. I’ve lost count of the number of times I’ve spoken on my experiences as a gay man and I’ve had whites straight and gay alike  uses coded racist/hompohobic attacks “Are you sure he’s gay? You don’t speak for this ‘community.’” In other words coloreds don’t count. But just to give you a glimpse of the racism POCs endure in gay spaces here’s sneak peek (http://neo-prodigy.livejournal.com/1045886.html). And that’s racist white gays on a good day.
In spite of all of this, black LGBTQs press on not because we’re looking for accolades but because we want to be the change we wish to see in the world. END_OF_DOCUMENT_TOKEN_TO_BE_REPLACED

“Femme is, in part, about femme friendships. Femmes are people who see another feminine person and purposefully ignore the culturally prescribed girl hate and learn to say, ”God, you are beautiful and I want to be your friend,” rather than, “She’s so much prettier than me, I hate her.” My femme friendships are a mutual celebration of our brilliance, beauty, strength, power, heart and soul. Ultimately feminist, we heal through loving each other in a world that teaches us to mistrust each other.”

A sweet coming out…

“We hugged and cried together. Then, we all ate the cake and talked.” How amazing is this?! 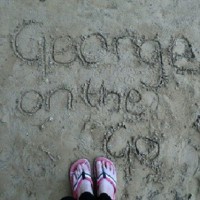 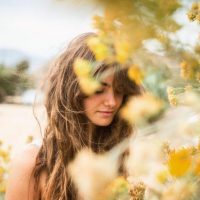